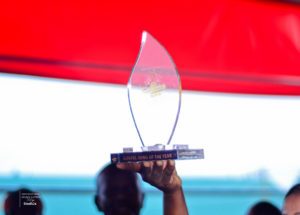 Organizers of this year’s Ashaiman Music Awards, MassBoss Entertainment have issued a reminder to the general public that the official voting for the awards has started.
Voting for the 2nd edition of the Ashaiman music awards begins with massive patronage.The Voting will end in August 3 days to the main event. Nominee’s have a specific key words,example: AMA…that they are to text to the short code 1788 on all network. The organizers of the award scheme Massboss entertainment added ,this system to make it accessible to all
The C.E.O of massboss Entertainment also spoke about the two new categories added,that is, Best main stream act and Best new era,he added saying ,those 2 categories were actually demanded by the general public and fans of the various artistes
He further stated ,it is good for the awards because it will give all Ghanaian the opportunity to partake in the process of the event slated for August.Below is the list of nominee’s in the two categories
BEST NEW ERA
MEDIKAL
KWAME EUGENE
KELVIN BOY
LAMME GANG
WENDY SHAY
KWESI ARTHUR
KOFI MOLE
EFE KEYZ
EPIXODE
KURLZ SONGS
DANNY BEAT
ABENA AKUABA
BEST MAIN STREAM ACT OF THE YEAR
STONEBWOY
SARKORDIE
SHATTA WALE
SAMINI
OKYEAME KWAME
EFYA
DR CRYME
To Vote Yaro Ashaiman To Win Blogger Of The Year. Text AMA 118 To 1788. 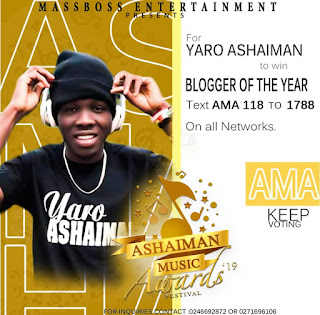 Possi Gee Advices Youth Against The Use Of Hard Drugs..