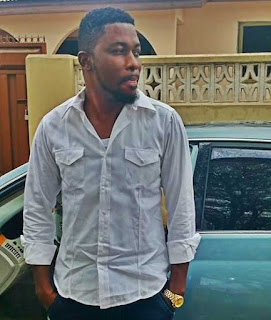 Ghanaian musician Kwame A-Plus has described threats on his life from anonymous persons as empty.

According to him, he takes his personal security seriously, hence is not intimidated by such messages mostly posted to his social media pages.

A-Plus was instrumental in the New Patriotic Party (NPP)’s victory in the 2016 presidential and parliamentary elections.

Speaking on Accra FM Tuesday January 31, he said: “I felt that…as a nation we all needed to support the change of government. People fought for the independence we are enjoying in Ghana today, others lost their lives, their properties. At a time it was even difficult to travel around the country. Some Ghanaians stood up to fight the British for our freedom and so why should I be scared to change a government through the ballot.

“Everybody in this world will die and so I am not scared to die for my country. There are some people who are just going about threatening me. I have received so many death threats on social media but those threats do not push me. Sometimes I walk alone at night because I feel those threats are empty. If someone really wanted to harm you, he would not give an indication.