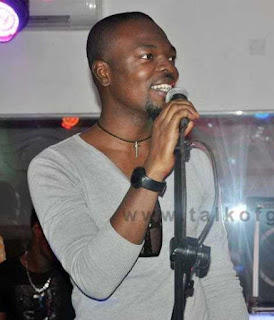 Media Personality Kofi Okyere Darko (KOD) has been named as a Corporate Health Ambassador by The Sangy Foundation (TSF).

TSF is a non-governmental organization that seeks to provide quality health prevention information and education of the youth that will lead to better health outcomes and healthier young people.

Darko is expected to create awareness on the importance of corporations taking the emotional health and well-being of their workers serious.

KOD has in the last 20 years been prominent in the entertainment industry and arguably the most sought after event host in Ghana, having hosted events like the Ghana Music Awards (and served on the planning committee for 3 years), Nescafé African Revelations (in West and Central Africa), Miss Malaika, Miss Ghana and Miss Ghana UK, the UN WAIPA convention in Ghana, Kwame Nkrumah’s centenary celebrations, TV3 Mentor and Hanging Out With KOD on GHOne TV to mention but a few.

He is presently the Events and Marketing Manager with Live FM, and Creative President at Nineteen57 (his clothing line).

KOD has over the years also been very active in the music industry, having managed andproduceda cream of Ghana’s best like Wutah, Praye, Daasebre Gyamena, Ofori Amponsah, Tinny and Big Brother House mate Eazzy under his record label  Kapricorn, which he established before his 24th birthday.

KOD as he’s affectionately called, has no formal education in fashion designing. He is a gifted artist who did fine arts in secondary school and studied Communication at the Ghana Institute of Journalism. Like most people in the fashion industry, he sketched designs for tailors and his designer friends like Mawuli Kofi Okudzeto to make for him. KOD made his debut design on the continental platform when he designed an outfit for Kwaku T when he represented Ghana at Big Brother Africa in 2007.

A fashionista himself, KOD recently won the the Most Stylist Radio Personality at the recently held Glitz Africa Style Awards. He always had the urge to get into the fashion industry and after years of being behind the scenes, NINETEEN57BYKOD was launched five years ago. 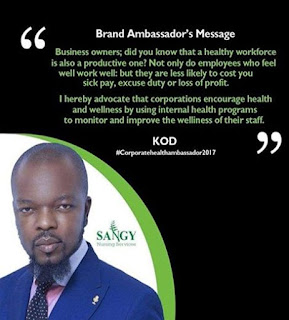