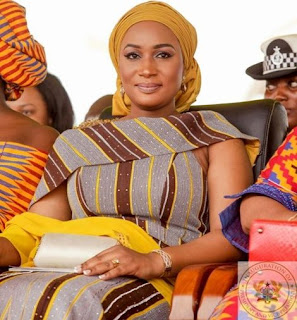 Controversial rapper and radio presenter, Pope Skinny has rendered an unqualified apology to the Second Lady, Samira Bawumia over an infamous comment he made about her.

The apology follows threats from a group calling itself Mamprugu Youth Association (MAYA) calling on the ‘Hot Cake’ hitmaker to apologise or face their wrath.

Pope Skinny generated a controversy when he declared on  Adom FM that he is madly in love with Samira Bawumia, in spite of his knowledge that, she is married to Vice President Dr. Mahamudu Bawumia.

As if that was not enough, the Chief Executive Officer for ‘Asouden Music’ went further to state that he wants Samira Bawumia as his ‘Sugar Mummy’ and would do anything to have her.

The comments did not go down well with the MAYA who issued a stern warning to the rapper to publicly withdraw his remarks and apologise to the Second Lady.

According to the group, the musician’s open declaration that he is in love with Samira Bawumia is a taboo in their tribe hence the need for an apology from him.

However, speaking to Adom Entertainment News about the issue, Pope Skinny said that he meant no harm with the declaration and he just wanted to show his admiration for Mrs. Bawumia.

He added that his comment was made on a lighter note and he is surprised that some people would take it this far.

The ‘Akuapem rapper’ explained that he also wanted to divert the attention of Ghanaians from the controversy that arose from President Akufo-Addo’s cough during his inaugural address on January 7.

“My comment was not intended to get on the nerves of any Ghanaian but to divert attentions from the President’s cough brouhaha which was trending shortly after the inauguration,” he explained. 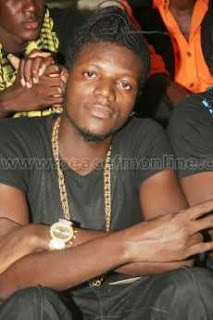 Support Me In Prayers - Kwabena Kwabena On Broken Marriage