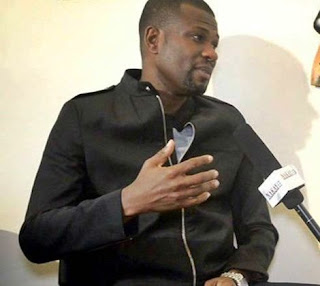 CEO of Slip Music, Mark Okraku Mantey has fired back at Shatta Wale who used some unprintable words at him yesterday evening.

Shatta Wale fired back at Slip Music boss Okraku Mante for saying in an interview that he Shatta Wale was not a Dancehall artist.

“Surprisingly, Shatta Wale calls himself a Dancehall king but scan through his songs for the past two years, the young man is not doing Dancehall.

“So it becomes difficult to mention who the best Dancehall act is. I think I like Jupitar. I hear he is in the UK now.

“Stonebwoy is not even doing hardcore Dancehall. He is doing Reggae. For me, it’s Jupitar. He has been consistent since day one.”

The multiple award winning act in a Facebook live stream fired a few salvos but Mark is back.

The controversial music boss who has managed talents including Daasebre Gyamenah, Lord Kenya and more in an interview with Happy FM‘s DJ Adviser disclosed that he was not going to allow Shatta Wale to allow him to use him to gain more fame.

“I don’t have his time. I’m not saying anything about it. You guys [media] drag issues. If he wants to be a star, I won’t allow him to use me to achieve his stardom.”