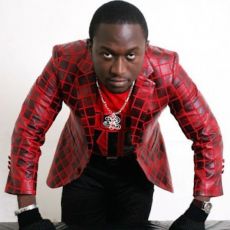 The Chief Executive Officer (CEO) of Lynx Entertainment, Richard Mensah, known in the music scene as Richie, has been appointed as Director of Music and Industry Standards by the Musicians Union of Ghana (MUSIGA).

Richie, a music producer, songwriter and musician, will help MUSIGA to train and develop talents in the youth who want to take music as a profession.

He has over 15 years of experience on the music scene, and has also worked with a number of renowned Ghanaian music icons.

Richie set up Lynx Entertainment in 2006 and became the first artiste to own a record label. He signed ASEM, OJ Blaq, Irene Logan, Eazzy, Zigi and MzVee.

He has also worked with music icons such as Tinny, Okyeame Kwame, VIP, Praye, Bradez, Irene and Jane, Obour, Becca and a host of international stars which include Nigerian R&B star Faze.

All the artistes on the record label have had critical and commercial success with songs such as ‘Frema’, ‘Pigaro’, ‘Runaway’, ‘Wengeze’, ‘No More Kpayor’, ‘You Say Wey Tin’ and ‘One Gal’.

His outfit won the Record Label of The Year Award at the Ghana Music Awards in 2009.

In 2010, the artistes on the Lynx Entertainment record label Richie, ASEM, OJ Blaq, Eazzy and Zigi collaborated on Africa’s Moment which was featured on Hello Afrika, Sony Music’s release in conjunction with the 2010 FIFA World Cup in South Africa.

The song was also featured in the Vodafone advert that staged the first-ever flashmob in West Africa. Lynx Entertainment released ‘Back 2 Zero’ in July 2011.