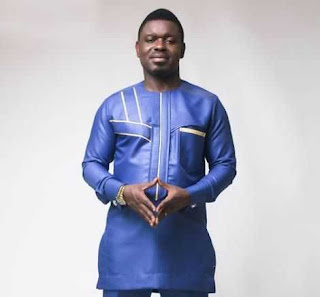 Nacee wants all gospel musicians to forgive Charterhouse PRO, George Quaye for his bribery allegations against them since he has publicly apologized for his “careless” utterance.

The musician on This Is Gospel show with Franky5 said Mr. Quaye’s action after his statement proves he has regretted the comment so his fellow gospel musicians should let sleeping dogs lie. He stated emphatically that gospel musicians can never organise their awards so they should never plan of boycotting the biggest music awards in the country.

He questioned the whereabouts of the many gospel music awards, which started years ago. Nana Osei as he is known in real life asked the musicians to sit with George Quaye and solve the problem instead of going haywire on radio and TV.

“We should leave George Quaye alone because he has apologized. The bible says we should forgive and so long as the person has seen that what he did was wrong and has apologized, why shouldn’t we forgive him?

I’m just pleading with my brothers and sisters to forgive. We cannot organise any awards.

I’m daring anyone who thinks he can organise gospel awards to try it in this country, we cannot do it. How many awards haven’t we tried in this country but where are they now?

Multimedia tried one but ask them when they will orgnise the next one. They will tell you they suffered before even getting sponsors for that gospel awards.

This is not the time to runaway from the problem. If you think someone has offended you, you sit with the person and solve the issue.

So if you set up your own gospel awards scheme and you think they are also not treating you well, are you going to leave that one as well and setup another one?” Nacee said on Hitz FM’s This Is Gospel show with Franky5.