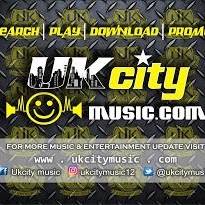 Rapper TeePhlow jumps on Nas’ instrumental to tell his story in the last year and why he didn’t deserve to be snubbed during nominations for VGMA 2017 to be held in April. He takes a look back at his achievements in 2016 including singles, features and shows he played and further talks about how twitter went wild to get him out when he wrongly got nominated for VGMA 2015 but went dead when his ‘Warning’ video was snubbed by 4Syte TV MVAs.stream and download the tune below
Download